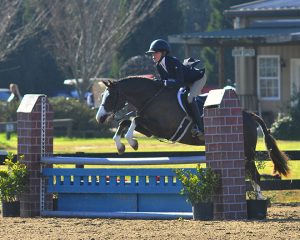 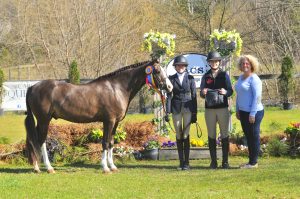 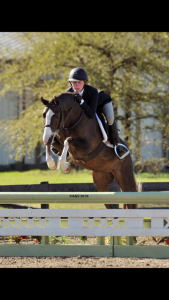 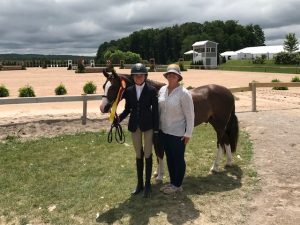 This handsome gelding will definitely get you noticed with his lovely conformation accentuated by his deep liver chestnut color, four white socks, and large blaze. Not only is Ernie handsome but he has a lovely rhythmical canter, soft and lofty trot, as well as an impeccable jump. Ernie has the looks for the model, the movement for the under saddle, and the jump to be a top notch division pony.